Brazil: A Carnival of Life 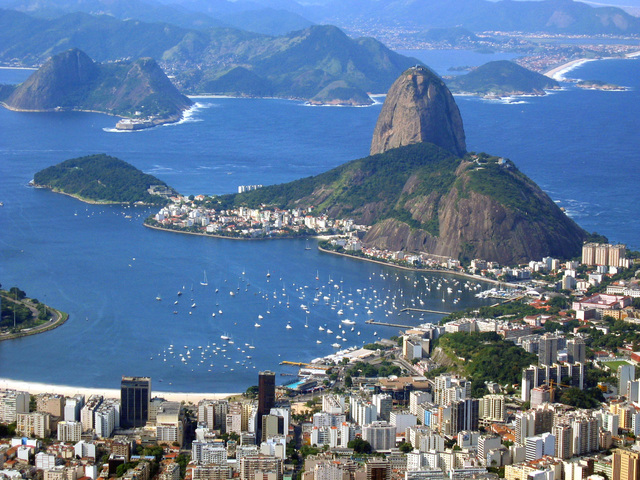 The Carnival of Rio is one of the most popular annual parties in the whole world. The exuberant floats, the beautiful samba dancers, and the contagious joy of its people make Brazil the ideal spot for those searching for excitement and unique experiences. In fact, once you hear the rhythmic beating of the drums, your feet will start moving turning you into another participant of this great celebration that takes place in Samba schools, on Avenida Marques de Sapucai, or in the street blocks. But Brazil offers much more – It offers natural beauty and green areas like no other place. It’s a place injected with life. From the Amazon rainforest to the Iguazu Falls, there is definitely plenty to see and do in Brazil.

Looking for exuberant nature? Head north to the Amazon rain forest where you will find thousands of unique species of plants and animals, and also indigenous tribes. Make sure to book a tour, so you can get the most out of this experience while staying safe. Manaus is the capital of the Amazonas State and the best place to go to visit the Amazon Forest. Belem is the second largest city in the Amazon region with religious festivals and traditional markets.

Looking for beautiful beaches? Head northeast to Salvador (Bahia), Olinda, Recife or Natal. It is considered the country’s sunniest region with colonial architecture and street parties all year round.

Looking for cosmopolitan cities? Head southeast to Rio de Janeiro and Sao Paulo. In Rio you will find beautiful beaches such as Copacabana and Ipanema along with the famous open arms statue – Christ The Redeemer. The statue is a symbol that represents the culture of the people from Rio (Cariocas) and their welcoming hospitality. Cariocas are known for their easy-going, laid-back culture in contrast to the more reserved people from other cities. Sao Paulo is Brazil’s largest, richest and most cosmopolitan city defined by a diverse cultural and business life. Sao Paulo is so diverse that is home to the largest Japanese population outside of Japan. It also has strong Italian and Arab influences. The people of Sao Paulo are known as hard-working and industrious people contrasting with the Cariocas and the people from other regions.

Brazil’s national dish is feijoada, a hearty stew made of black beans and pork. It’s a heavy dish, so take your time before eating it. Excellent seafood can also be found in the coastal towns of Brazil. Brazilian snacks called lanches include a wide variety of pastries such as coxinha, empadinha, and pastel. If you are in the mood for good barbeque, try the Brazilian “Churrasco” served at many restaurants. A restaurant meal with a drink usually costs $10 making eating out a very feasible experience for those on a budget. Fast food is also available and you will find as many Bob’s (a famous fast-food chain in Brazil) as McDonald’s in the big cities.

In the Pantanal region – a place full of wild like and wetlands – tourists usually stay in fazendas, which can be described as big ranches. Boat hotels are also a popular option for tourists who want to have a relaxing time fishing and watching the Pantanal wildlife. In the big cities, you will find 5 star hotels as well as pousadas (guesthouses) and hostels.

Brazilians use a lot of body gestures in informal communication, and the meaning of certain words or expressions may be influenced by them.
• The thumbs up gesture is used everywhere and all the time in Brazil.
• The OK gesture (thumb and finger in a circle), on the other hand, may have obscene connotations in Brazil. Avoid it if you can, people may laugh at you, or be offended (usually if they are drunk). Use thumbs up instead.
• A circular movement of the forefinger about the ear (a gesture that Germans use to indicate telephone for you) means you are crazy!.
• Stroking your two biggest fingers with your thumb (as the French do to say something is expensive) usually expresses a very long time.
• Touching the palm with the thumb and making a circular movement with the hand means I am being robbed! (sometimes meaning that some price is too high).
• The Hush gesture is considered extremely unpolite, just about the same as shouting "shut up!" to someone.
• An informal way to get someone’s attention (similar to a whistle in other cultures) is a hissing sound: "pssiu!" It is not perceived as unpolite, but gets annoying if repeated too often. They also call cats this way, rather than the kiss noise others (the French again) produce.

Body Language and Exchange Rates are sections provided by the authors of Wikitravel.org Brazil.

The Best Ways to Explore Canada with Study Travel