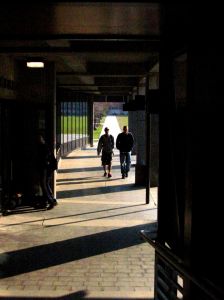 Recently, I returned to my old high school to follow students throughout the college application process for a book about the pressure on today’s students (and parents) to succeed.
What I found there mirrored what I saw in schools across the country, from Vermont to New Mexico: widespread panic over admissions. After speaking to hundreds of students, parents, admissions officers, and counselors, I’ve compiled some tips that can help families through this often stressful time.
1. Ignore The “Rankings”
Several publications claim to rank colleges in precise order on a yearly basis, lists that often influence students’ decisions about where to apply. These lists are a sham. The rankings have been fixed since they began; when the algorithm for the first U.S. News ranking produced a number-one school that was not Harvard, Princeton, or Yale, the magazine dumped the formula (which rewarded diversity) and the statistician who created it. The factors that many publications use to rank schools today do not necessarily have any bearing on the actual undergraduate experience – and many colleges cheat on their data, anyway.
2. Don’t Talk
Frequently, students and parents are happy with their grades, SAT scores, and college application lists . . . until they talk to other students and parents and find themselves playing the comparison game. Several students told me they decided not to apply to a certain school they loved only because it wouldn’t sound impressive when other people asked where they were applying or going to college. Not talking about your own or your children’s statistics – and not asking about others’ – will take an enormous weight off your shoulders.
3. Pare Down Activities
Many student pile on extracurricular activities to add lines to their college résumé, sacrificing sleep and leisure time in the process. But admissions officers I spoke with said they would prefer that students commit to only one or two activities that truly interest them.
4. Understand That Name Does Not Reflect Ability
Much of the frenzy over college admissions stems from the belief that name-brand schools provide the best education and most direct stepping-stone to success. This is a myth. Studies have shown that earnings do not increase with a degree from an elite school, and in 2005 the number of S&P 500 CEOs who had graduated from Harvard matched the number who had graduated from the University of Wisconsin.

5. Accept That Admissions Aren’t Personal
Too many families view admissions letter day as judgment day, as if an acceptance or rejection offered some sort of personal commentary. In reality, admissions are a numbers game that most students can’t beat. The competition is so stiff that the difference between a “Congratulations” and an “Unfortunately…” can be as simple as the fact that the school orchestra needs a French horn player. Admissions officers told me that every season they have to turn down large numbers of students who are exceptionally qualified to attend their school.
The bottom line is that there are more than 2,500 four-year colleges in the U.S., in addition to many fantastic schools abroad. Most of these schools would fall over backwards to admit a decent student. The idea that the quality of education at name -brand schools is leaps and bounds ahead of other schools is wrong. So relax. It’s okay not to get caught up in the frenzy. Focusing on individual interests and spending time doing things for happiness’ sake rather than for résumé lines will ensure that everything will work out just fine. (Many more tips, and the stories of the students I followed, can be found in THE OVERACHIEVERS).
** To book Alexandra Robbins for a lecture or moderated discussion, or for more information on THE OVERACHIEVERS: THE SECRET LIVES OF DRIVEN KIDS, please visit AlexandraRobbins.com. Author New York Times bestselling author Alexandra Robbins has written for publications such as Vanity Fair, The New Yorker, the Atlantic Monthly, and the Washington Post, and has appeared on television shows including Today, Oprah, 60 Minutes, and The View. To schedule a lecture about any of her five books, please visit www.alexandrarobbins.com.

So You Want to Study Law in the U.S.?

How to Study in Italy: Step by Step Guide to Apply to College in Italy