Chile – a land of poets and wine, a land of contrasting beauty, a land as romantic as some its famous citizens:  Pablo Neruda, Gabriela Mistral, Isabel Allende. Considered the longest country in the world, this South American nation offers a diversity of landscapes and travel opportunities from the Andes mountains to the Pacific Ocean, from Easter Island to the Antarctic, from fine vineyards to world-class ski resorts.

Northern Chile is known for its desert and coastal towns. Some of the most popular beaches are located in this area. Iquique and Arica are tax-free zones booming with commercial and touristic activities. La Serena and Los Vilos offer remarkable natural surroundings with large beaches and popular resorts.
Central Chile is popular for its fine vineyards, colorful ports and world-class ski resorts. This region is also famous for being home to Viña del Mar (Sea Vineyard) and its renown international music festival which takes place in February each year. Viña del Mar is a wonderful destination for most tourists – the city offers beautiful mansions, luxurious hotels, parks and gardens, theater, and sporting facilities as well as many beaches. Valparaiso, the most important port in Chile, is one of the largest cities in the country. Valparaiso is full of picturesque landscapes including hills, quarters, creeks, beaches, and romantic streets. Santiago, the capital, is a commercial center surrounded by nature – the San Cristobal and Santa Lucia hills border the city. A couple of kilometers from Santiago, you will find Cajon del Maipo, an eco-tourism center where you can enjoy adventure sports, mountains, hot springs, vineyards, and export-quality wines.
The South is famous for its fjords, glaciers and forests. In this region you will find interesting cities such as Valdivia, which is known for its early German settlers and traditions. Puerto Montt, made famous internationally by a popular song, is a bathing resort with beaches, hotels and restaurants that specialize in seafood and typical Chilean food. Further south you will find winter towns such as Cohaique, which is known for its museums and nature reserves, and Puerto Natales, which is known for its touristic infrastructure and its proximity to Torres del Paine National Park. Punta Arenas, one of the southernmost cities in the world, offers a world-class ski center and serves as a departure point for Antarctic expeditions.

Chilean islands include Easter Island, Robinson Crusoe, Chiloe and Tierra del Fuego. Easter Island, located approximately 3,700 km west of Chile, is also known as “Rapa Nui” in their native language or Isla de Pascua in Spanish. The island is famous for its large stone statues, Moai, which were carved by the island ancestors between 1100 and 1600 CE. Easter Island is also known for its Polynesian identity, beautiful coral beach, and adventurous diving.  Robinson Crusoe Island, located on the Pacific Ocean at the same latitude as Valparaiso, has a unique development of flora and fauna and beautiful touristic areas.

Chile is particularly known for its wine, seafood and empanadas (turnovers).  Lots of restaurants will offer typical Chilean food which consists of empanadas de pino (beef turnovers with onion, raisins, egg, and olives), empanadas de queso (deep fried turnovers filled with cheese), cazuelas (rice and meat soups), porotos granados (stew made with beans and corn), and curanto (a typical dish made of seafood, beef, chicken, pork, potatoes, and cheese). American fast food restaurants such as McDonald’s, Burger King, and other chains can also be found in the big cities.

Chile is a preferred study abroad destination. It is common for students from European or North American colleges and universities to take interdisciplinary studies in Spanish in one of its many reputed universities. 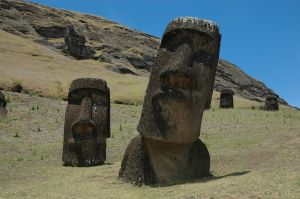 Although American citizens need a passport to visit Chile, no visa is necessary. Citizens of many countries must pay a “reciprocity fee” of varying amounts. This fee is equivalent to the amount that country requires for entry visas from Chilean citizens. The fee is for tourists entering by plane, and the one-time charge is good for the life of your passport. Further information can be provided by the Consulate of Chile in your country of residence.
For more information on Chile, visit its tourism site: www.turismochile.com
Links you may find useful: Wikitravel Chile

Top Tips for Choosing an American College or University