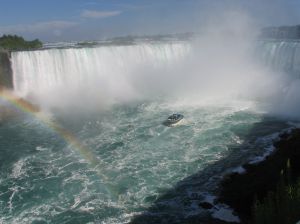 Imagine walking on the streets of a cosmopolitan city and listening to a variety of people speaking English, French, Chinese, all blending together into one unified sound. Imagine a land so vast that goes from the Pacific to the Atlantic, from the mild coastal lands of British Columbia to the beautiful icy glaciers of Newfoundland. Imagine a land with a vast diversity of regions, climates, and people. This land is Canada – one of the largest countries in the world and the largest in North America. It boasts a healthy economy, extremely low unemployment rates, and a unique landscape. Nicknamed as a “mosaic of cultures,” Canada has lots to offer no matter where you come from, where you want to go, or what you want to do.

In the region of British Columbia, southwestern Canada, you will find Vancouver. A cosmopolitan city where the ocean meets the mountains. Vancouver is known for its mild climate and excellent activities. You can flock to English Bay Beach during the summer months or ski in the mountains during the winter. Grousse Mountain offers all kinds of activities year-round from skiing and snow boarding to romantic and cozy restaurants.

Newfoundland and Labrador – known as “the edge of the earth” – offer you a view like no other place. Gigantic ten thousand-year old icebergs, whales and seabirds are visible from the coast. Festivals and museums celebrate the uniqueness of this land and its people. Where else will you be able to see the first sunrise in North America or visit early Vikings settlements?

The Niagara Falls – millions of gallons of water plunging 171 feet – is probably one of the main reasons to travel to Canada. This is definitely one of the places you should visit during your lifetime. This place offers you an extraordinary view coupled with the opportunity to submerge yourself in the water and experience a natural wonder. The Niagara region offers all kinds of attractions including museums, river cruises, boat tours, water parks, entertainment, and great food.

Toronto, a city regarded as the  “most multicultural city in the world”, provides you with the cosmopolitan experience you expect from all the big citites in the world. Some of its attractions include the CN Tower – Canada’s National Tower, which at 1,815 feet, is considered “the world’s tallest building”. Shopping opportunities abound in this city – Just head to Queen Street where all the major fashion shops are located. Toronto has a lot to offer from museums to the Hockey Hall of Fame to art galleries; you will surely find something that fulfills your expectations.

For a country that is known for its modern cities, Canada is also well-known for its old charm. In Ottawa, the capital, you will find rolling hills, serene lakes, and beautiful buildings – The Gatineaus, taverns, patios, museums, and Parliamentary Hill where men in red coats and tall bearskin caps march at the rhythm of the drums. In the province of Québec, Montreal and its “French joie de vivre” provides you with a little piece of France in North America. Montreal’s cuisine, cafes, and european flair makes it a top Canadian destination for all visitors no matter what language you speak.

In the big cities, you will find all kinds of ethnic and popular restaurants. Canadian fast-food restaurants such as Tim Hortons and Harvey’s are located across the country.  Some family oriented, sit-down restaurants include the Swiss Chalet, Kelsey’s, and Montana’s.  In Québec, some popular alternatives are La Belle Province and St-Hubert. The coastal towns are well-known for their seafood; Vancouver prides itself for offering some of the best sushi in North America. Toronto and Vancouver are particularly known for offering the best authentic Chinese food this side of the Pacific. 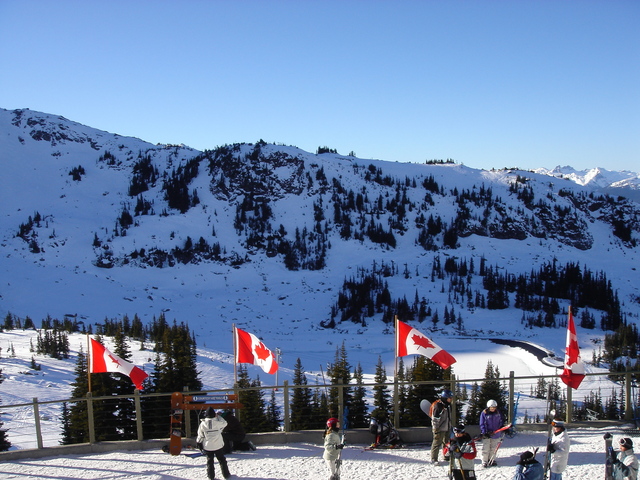 Citizens and Permanent Residents of the United States and most European countries do not need a visa to enter Canada, however, a passport is now required when flying from the USA. Citizens from other countries will need a Temporary Resident Visa to enter the country. You can visit this site http://canadainternational.gc.ca or the nearest Canadian consulate for more information.