Best Things about Lyceum Theatre to Explore this Summer

London has a lively summer theatre scene with numerous plays guaranteed to delight and enthrall audiences. While there are many theatres with unique histories in London, the one that is on most peoples “must visit list” is the Lyceum Theatre. The Lyceum Theatre has a rich and varied history and though it has faced destruction many times, it has always survived and thrived. No trip to the London Theatre District in the summer is complete without a stop at the Lyceum Theatre. 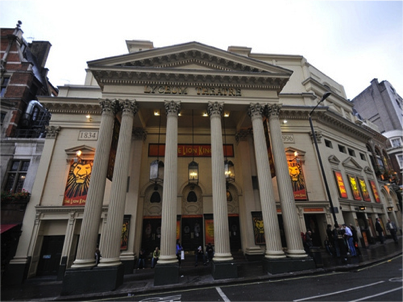 The Lyceum Theatre, designed by James Payne, first opened its doors in 1772. At that time it didn’t have its theatre license due to the strict laws in place regarding who could be licensed. The theatre didn’t become official until 1809, though it played host to many events before then. The first of the Lyceum Theatres rebuilds came in 1815 when Samuel Beazley tried to renovate the building. Unfortunately, Beazley’s revisions were lost in a later fire, but he was able to rebuild the Lyceum theatre in 1830 returning it to its former glory.

The Lyceum Theatre is not only famous for its varied history, but also for its unique design elements. One of its most unique details to the building is the balcony that overhangs the dress circle. The theatre is also well known for its unique exterior and the beautiful interior work that was done when the entire 2,000 seat theatre was refurbished in 1996.

Many famous musical acts and plays have been staged at the Lyceum Theatre. Some of the most well-known artists who have played the theatre and brought crowds to the London Theatre District are The Clash, Iggy Pop and The Who. In addition to the famous musicians the Lyceum Theatre has played host to, there have also been a number of plays staged there since the buildings reopening in 1999. Jesus Christ Superstar, Oklahoma and The Lion King have all played in this historic theatre, bringing back life to the once neglected and endangered theatre.

The Lyceum Theatre is currently showing the world renowned play The Lion King, making this summer a perfect time to visit. Many tickets are still available for The Lion King at the Box Office, but tickets do sell out quickly and it is recommended that they be purchased in advance. The London Theatre District and the Lyceum Theatre are truly the places to be this summer.

7 Amazing Places to See in Madrid on a Budget

How to Study in the UK: Everything You Need to Know to Apply to UK Universities